For example, when Nekita was a puppy, I had pet snakes.  I had a Ball Python snake named Nia.  She was a fabulous pet in her own right, but she (the snake) helped teach Nekita at a very young age how to deal with other species.  Basically its about respect and boundaries.  Nekita was taught from day one to keep a certain distance from the snakes, as well as the cats in the house.  Since then, Nekita has always approached other animals with respect and has given proper distance.  I am very thankful for that.

Caravaggio happens to love cats.  When Vaggy was a puppy, he was raised with an older, de-clawed cat.  So Caravaggio thought that being batted in the face by the cat was some sort of fun face massage.  Obviously this is not always true.  Caravaggio unfortunately learned early on that its best to get right up in the face of other animal, not what we were going for.  Since then, we have had to do some extra training with him to teach him to respect other animals.

Now for Caravaggio, it is not that he wants to ever harm another species, he just gets overly excited to meet and make friends with others.  He forgets his boundaries.

Below are some pictures I caught the other day of Caravaggio practicing how to calmly greet some of our neighborhood cats.  He now has a few new friends. 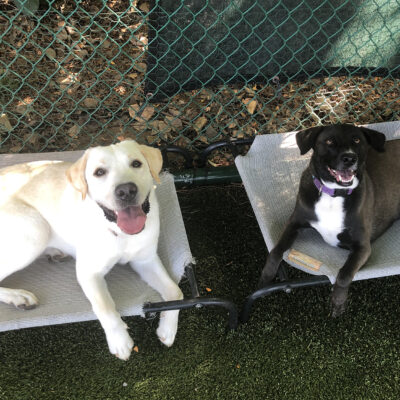 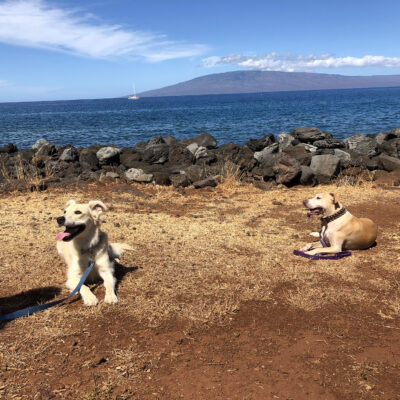 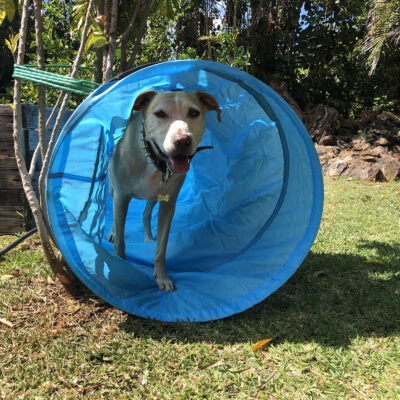 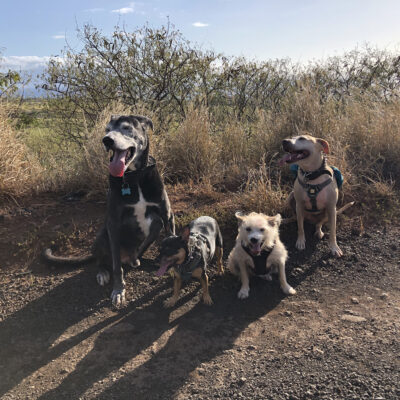